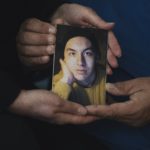 A Grieving Family Wonders: What if They Had Known the Medical History of Sperm Donor 1558?

WSJ, 2022, Jan 02:  Steven Gunner battled mental illness before a fatal overdose. It turns out his biological father had his own psychiatric problems.

When Laura and David Gunner learned their 27-year-old son, Steven, had died from an opioid overdose, the couple were stricken by grief but not entirely surprised. They had struggled to help him overcome addictions and erratic behavior for more than a decade.

Seeking solace in the aftermath of Steven’s 2020 death, the upstate New York couple joined the Donor Sibling Registry, a website that connects sperm and egg donors and donor-conceived people. They hoped to make contact with the mothers and fathers of other children who, like Steven, had been conceived with sperm from a particular donor sold by a sperm bank in Fairfax, Va.
…