The Man of the year 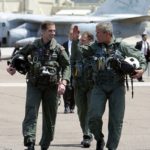 Putin is the Person of the Year. The picture on the Time cover more like an assassin than a statesman. When questioned about his past as a KGB agent, he compared himself to Bush the elder, saying “.. look .. where he’s from ..” referring to the 41st the CIA era during his career. But the older Bush radiants culture and humanity where Putin lacks. .. But obviously Putin’s exact what Russia needs at the moment, his rating – if you care about poll at all – is sky high vs Bush the 43rd. Don’t underestimate the patriot sentiment. ..

The interview between Time and Putin:

Time: Americans wonder why the recent Russian elections could not have been more open and why, for example, Garry Kasparov was put in jail.
Putin: Why did Mr. Kasparov, when arrested, speak out in English rather than Russian? When a politician works the crowd of other nations rather than the Russian nation, it tells you something.

.. ah well, Putin has a point. And when can the Americans stop measuring others in their own mirror? IF Putin is good enough for the Russia, then he’s good. Same with China. How much freedom do the Americans want the Chinese to have? Think hard before answering. You only have one army and it’s being tied down in the mid east .. .. Ok, it’s bit too far fetched, but you got the picture.

T: What gets Putin agitated – and he was frequently agitated during our talk – is his perception that Americans are out to interfere in Russia’s affairs. .. ..
P: “I don’t believe these are misconceptions. I think this is a purposeful attempt by some to create an image of Russia based on which one could influence our internal and foreign policies. This is the reason why everybody is made to believe .. [Russians] are a little bit savage still or they just climbed down from the trees, you know, and probably need to have … the dirt washed out of their beards and hair.”
The veins on his forehead seem ready to pop.

Chinese officials are more guarded, they rarely grant free interviews. Does this mean they’re less exposed, losing the popularity contest? I feel China is far better developed than Russia, so there is credit due to the communist party leaders.

T: You must feel lucky that the price of oil is so high.
P: Fools are lucky. We work day and night!

Cute. He swims an hour or more a day in the morning. hmmm wondering where does he find the time. I’m mere a housewife but can’t find an hour every day to swim!!

T: The government has arrested some Russian industrialists and seized their assets. Why?
P: Well, “Thou shalt not steal.” They didn’t have difficulties with me. They had difficulties with the people of the country and with the law.

What a dumb question. Did Putin bribe the Time to sound like a genius, condition for granting this interview?

T: What about the conflicts you’ve had with former Soviet republics on gas prices?
P: What conflicts? There are world prices for gas. Why should we sell to anyone below the world-market prices? Do Americans? Could you come to a store in the U.S. and ask, “Well, I’m from Canada. We Canadians are close neighbors. Give me that Chrysler at half price”? What would you hear from the salesman? “Go away!”

What a dumb question IF this was indeed the case!

T: President George W. Bush said he looked into your eyes and got a sense of your soul. Have you gotten a sense of his soul?
P: I consider him a very reliable partner, a man of honor. Yes, Iraq was a mistake, but he is a fair and honest man.

Bush is softer and not as hungary as Putin. And his fighter pilot landing on the warship beats out stripe tease of the Tsar thousand times over .. Why not Bush again for the Man of the Year? If the despot Putin who chose order before freedom, then why Time would question Beijing’s human right record, or firewall, or Tibet? What’s wrong with Bush not granting Gitmo Bay inmates’ constitutional right?? Alberto Gonzales was right by saying “We didn’t provide them lawyers. We didn’t read them their rights” during WW II, Then why should we do now?