To survive a heavy rainy Monday, is to read a book. My last book When Breath Becomes Air, (2016) was read in a prefect sitting, among the golden foliage and brilliant sunshine. Think England, the cloudy weather often comes to mind. So, it’s a good fit. Another reason for this book is the recent tv series,  The Crown when Prince Charles comes in, as a major character.

Prince Charles: The Passions and Paradoxes of an Improbable Life, by Sally Bedell Smith, 2017.

Smith is determined to make the prince a sympathetic figure and she succeeded.

Camilla, is actually a winner. Her first husband, Andrew Parker Bowles (1939-), a former British army officer, was vied by many females suitors, that included Princess Anne, the kid sister of Prince Charles. And Camilla won him over. Together, they have a son and a daughter. 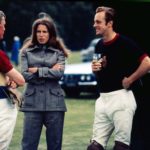 With Charles, she was seen as a good training ground for Charles because, appear to be a virgin was still a requirement, at least till Diana’s time. And she certain was not. She loved party and was, maybe still is, the center of any gathering, a fun loving woman. 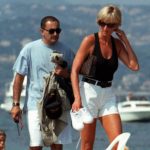