As far as I’m aware, there are two ways to collect your words into a book and sell them: self-publish or have someone publish the book for you. Having someone else publish it for you has two further paths: you can get your book out through vanity publishing (with fee upfront) or through the traditional publishing houses. This post is about how I self-published Chee Hsin 130 Years on Amazon.
If you think writing a book is easy, think again. If you think placing that last period is the end of it, think again. In fact, that’s just the prelude to a labor of love that lasts years, if not decades.
I finished the book last September, but I decided to revise it after a trip to China. I started to consider changing the title, making proper edits, formatting, pictures, cover design, the blurb, and uploading the book to Amazon.
The title of the book. The title is rather straightforward and almost a no-brainer. I debated between Chee Hsin, Qixin, and 130 Years of Chee Hsin. Ultimately, I settled on the simpler sounding Chee Hsin 130 Years.
The editors. I have had several people work on and edit sections of this book. The first was a stranger that I found through WeChat, then my former classmate, my son, and finally a friend whom I met at a card-playing table. Thank you in advance.
Formatting. A book’s formatting may seem trivial, but it’s actually quite essential. For body text. I considered Times, Times New Roman, and Garamond, but eventually settled on Palatino at size 11 with 1.5 line spacing. For reasons unbeknown to me — probably due to my inadequacy with Word, I began to have problems with page numbers and even/odd headers halfway through. Lord knows how I conquered them.
Imagery. Pictures are a big part of this book. Scrabbling together 70+ photos for a collage takes a tremendous amount of time and patience. A few images refused to obey and stay in place. Some would even park themselves on the next page, and then refuse to budge. I was tedious, but the remedy was to keep trying. 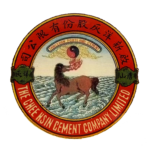 Cover design. I thought that the beautiful Chee Hsin logo was enough that I could make the cover myself, and even signed up to Photoshop. But when I realize that I don’t even know where my Photoshop program was located, I decided to have someone else do it. I used two designers on Fiverr.com. The first one was okay. She (I think it’s a female – her handle was priti) finished the draft on time, with one design. But during the revisions period, she took longer and longer to reply – sometimes taking more than a day before getting back to me. I didn’t want to deal with her, so I signed up with Sam who had a great attitude and always replied within minutes. He provided me with three designs in a few hours and we worked from there. In two days, I got a lovely cover. He was patient and supportive, and was willing to go the extra mile. Because of this, I had him done a second cover (with Chinese calligraphy) for the same book.
The blurb. Summarizing yourself is not easy, but it needs to be done.
Uploading. It was relatively straightforward uploading my book to Amazon Kindle Direct

Publishing (KDP), but I had to be mindful about choosing the appropriate categories and tag/keywords. At first, I uploaded my manuscript directly from Word. Then after a few days (many of them spent readjusting tables, photos, and pages), Amazon KDP suddenly refused Word and demanded a PDF, regardless of which browser I used. When I switched to PDF, the number of pages changed from 338 to 366. This would have required a new cover PDF. By the way, my book cover has never fit perfectly in the first place, so in the end, I just ignored it and published with the warning.
Purchase. Ok, when I finally published it, of course I ordered it immediately, on May 4. At this writing the book is scheduled to arrive between May 26. Interestingly, I ordered another copy on Amazon.de on May 13, to ship to Frankfurt am Main. I was notified by an email saying that it was dispatched on May 16 and will be delivered three days later. The fact that it ships faster in Germany — in under a week — than in the US, where it will take more than three weeks, maybe the COVID-19?
I couldn’t say that I didn’t enjoy this part of the journey. After overcoming all kinds of hurdles, I feel it’s another excursion of life and I’m looking forward to many more.