During the heigh of covid-19 pandemic, a friend of mine recommended a hit Chinese tv series The Best Partner (精英律师), based in Beijing, which was released in December 2019.

In the series, actor Jin Dong plays the lead lawyer. After watching the 48 episodes, I was impressed and thought, holy moly, great, China is advancing! No more poor daughters who are forced to support their parents or brothers (why always daughters, not sons???), such as I’ll Find You a Better Home. I could almost see the day that China can produce their own chips, which is just around corner. Then, my dream busted, because, casually I began watching Suits, yes, the old Suits that first aired in 2011.

Suits series were based in New York but filmed much (if not all) of it in Canada. This American tv series was first shown in 2011. The ninth season 10-episodes was released in the summer 2019. It was the final season. Admittedly, I don’t watch tv – except the French, Wimbledon and US Open tennis – so I’m very much out of the loop. 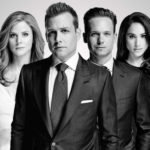 The feeling of déjà vu began almost instantly. The characters, the story line, the setting, down to the offices, new associates’ cubicles and the leading man’s secretary’s station … As I’m progressing into the second and third episode, it finally hit me – I hate to have to admit … after trying to deny then resist such apparent copying – that one is copying another, almost verbatimly. Ok the verbatim part is an exaggeration… but it’s not far from the truth, indicating just how identical the Chinese tv show mirrored the American’s.

After I causally posted my above finding on my Moments in WeChat, did I know copying of American shows is rampant 三寨版多了去啦! Not only China, the Koreans remade 翻拍 Good Wife… This made me think of The World Is Flat: A Brief History of the Twenty-first Century  was Thomas Friedman ‘s 2005 book, focusing on the leveled playing fields that is born out of globalization.

Essentially, we do share a lot. Otherwise, how could American stories resonate so much there? Doesn’t the usual excuse “国情不同” (as … different national conditions) run hallow? Or you truly believe that ‘win-win’ means you win twice?

A side note: two months ago, I posted a thumb up for The Sinner, season one. A classmate in Beijing left a comment, saying he’ll check it out. After learning that he could down load it from MeiJuTT.com (美剧天堂), I asked if it’s free.

How many such sites exist, out there?!?

Ok, I knew Japan had copied many things in the past. Like the Eiffel Tower stood among garbages in Tokyo, built in 1958 … Hope the copying/stealing will result in something concretely positive for China.

Friends (L) ⇓ Many lines and scenes have been completely ripped off from American shows. 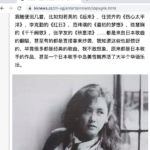