To simplify my little life, I’ve been dumping my ‘baggages’: anything that I don’t need, I’m getting ride of it. Two surprises.

#1: I COULDn’t believe how much the old bags can sell on the Internet.

The old bags: it was 1989  and we were in Florence. The Irish store clerk asked us if we were from New York, and informed us that we were getting our first black mayor David Dinkins (1927-2020). For the life of me, I couldn’t remember why did I like Fendi so much. Might be its simplicity. But it’s patterned leather didn’t last too long, compare to, say Coach’s leather (the red). In any case, it sold for $30 on eBay, and the middle one, Penguin thin stripe cross body shoulder bag vintage sold for $100 and the red Coach bag $125. They were pretty much of the same age but the Coach leather looks far better.

#2: How the fakers/imitators work now.

So, after getting ride of old bags, I bought more (okay okay okay I’m hopeless) and learned how many fakers are out there.

I bought a few new ones. To be honest, I couldn’t remember that I began to get ride of old bags first or bought the new ones first. In any case, during one of the late nights, I came across a commercial or site on Facebook that sold the perfect bag that I would like to have. So, I purchased it. Red flag when it used Paypal only. Should I go ahead with it? I debated and ultimately decided to go along. It will be my experience.

My suspicion was confirmed shortly after when the email coming in to tell me that they received my order: it’s under a Chinese food company 吴贵菊, 毕节市亿佳荣食品有限公司. It was sent from Canton/Guangzhou. By then, I could only wish that

They do a copycat/imitation, please do a decent job.

While waiting, I went to Macy’s and found the identical bag, at higher price, of course – I’ve not shopped for a handbag in many years. I also went back to FB and looked for Coach bag sites, and found many:

Are those oddly named sites from one company? They all advertise Coach bags. 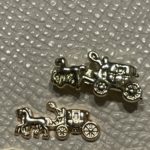 I don’t. 吴贵菊 was sweet, asking me what was wrong … hmmm … should I educated him/her on the finer points?  Nah, leave it to someone else. I’m done. ..

Then one thought struck me hard: the fakers/imitators are moving away from the expensive bags to the low cost ones. Oh gosh, will you, please stay with the high end bags, leaving me, the poor mass, with affordable but genuine bags to use??? Please, I beg you …